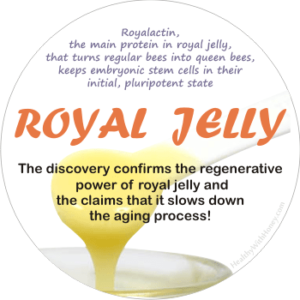 Royalactin, the most important component of Royal Jelly, helped scientists keep stem cells in their embryonic, pluripotent state, for up to 20 generations in culture without the need for inhibitors. This lead to the discovery of a similar mammalian protein with the same effect on stem cells. In a long run, this means that in the future we may have drugs with stem cells.

Stem cells are the novel hope. Anything that goes wrong in the body can be fixed with stem cells. I personally most like the idea of growing back our teeth with them (study), I can’t wait for the method to be globally implemented. Can you imagine the smile we will all have? 🙂

In simple words, stem cells are basic cells that will develop into specialized mature cells, during early life and growth. Stem cells are unspecialized cells, with the potential of renewing themselves (through cell division) even after long periods of inactivity. They are pluripotential, meaning that they have the ability to turn into any and every type of tissue to form an entire being.

So, in the beginning, these cells are simple and identical. Then, according to the environment in which they are placed, these cells turn into different kind of mature, specialized cells such as muscle cells, red blood cells, brain cells, or other organ cells. 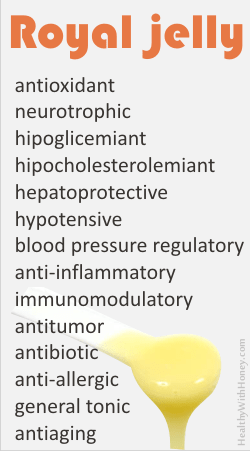 This was best shown by dr Bruce Lipton, in one book that was my favorite for years: “The Biology of cell”. No other scientists ever bridged science to spiritual, none has ever used simpler words in explaining how we are the product of the environment we found ourselves and the ones we choose to create. This is possible because a person is not only one being. A person is a community of about 50 trillion living cells. Each cell is a living individual, a sentient being that has its own life and functions,  and interacts with other cells in the nature of a community.

Bruce Lipton also explains how a stem cell functions: The inner part of the cell, the nucleus, contains all the genes, all the potentials, like a hard drive already filled with all possible info. The cell membrane is the brain, which functions like an information-processing computer chip. The membrane gets in contact with the environment and tells the nucleus what to do.
That is why every cell in your body can form any kind of cell because every nucleus has all the genes that make up a human. An identity derived from the environment.

read the best book of dr Bruce Lipton: The Biology of Belief: Unleashing the Power of Consciousness, Matter & Miracles

How do stem cells appear?

When life begins. Embryonic stem cells are the product of the initial meeting of egg and sperm. Three days after fertilization of the egg, an inner cell mass can be isolated, and these are the embryonic stem cells that, if left alone, will grow into a fetus.

How do we make stem cells maintain their native state?

This seems to be a major question, because once created in the lab, stem cells perceive the modified environment and begin the maturation, in a form or another. But in order to use the stem cells for research and/or therapies (more on cell stem therapies), they must be kept in their native state long enough.

• In December 2018, a study conducted by a team of scientists at Stanford University led by associate professor of surgery Derrick Wan, MD and assistant professor of dermatology Kevin Wang was published on Nature Communications. 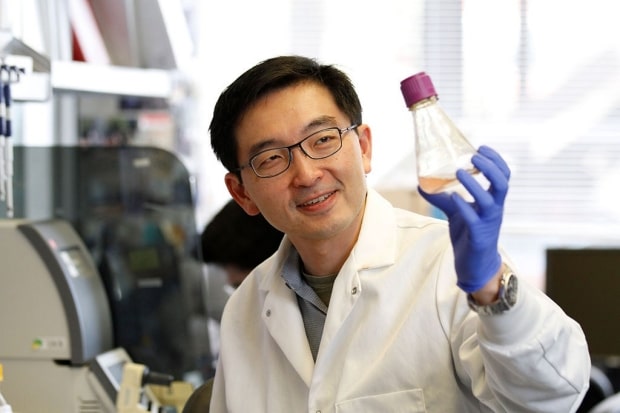 Kevin Wang holds a flask of cells that have been engineered to produce the Regina protein, a mammalian protein similar in structure to the active component of honey bee royal jelly. picture credit Paul Sakuma

The team of scientists used mouse embryonic stem cells as a platform and added royal jelly, which through its component royalactin, was able stop the embryonic stem cells from differentiating, by activating a ground-state pluripotency-like gene network.
Scientists found out that they were able to maintain the cells in their embryonic state for up to 20 generations in culture without the need for inhibitors.

Starting from this protein, the scientists identified a mammalian structural analog of Royalactin, possessing similar functional capacity. It’s a protein with the quality of maintaining the stem cells in their embryonic state, NHLRC, which is produced during embryonic development. And renamed it Regina (Latin for “queen”).

“Our experiments imply Regina is an important molecule governing pluripotency and the production of progenitor cells that give rise to the tissues of the embryo. We’ve connected something mythical to something real.” Wang says

Royal Jelly – the food with which the queen bees are fed for their entire long lives, contains royalactin, also known as Major Royal Jelly Protein 1, or MRJP1. It’s a protein known to induce queen differentiation in honeybees. (Kamakura M, 2011) In other words, what turns a regular bee into a queen bee.

Royalactin is the epigenetic driver of queen development.

This component has been shown to modulate biological function in a broad range of species. It was shown by
– Inoue, S. et al in the 2003 study Royal Jelly prolongs the life span of C3H/HeJ mice: correlation with reduced DNA damage;
– Honda, Y. et al. in the 2011 study Lifespan-Extending Effects of Royal Jelly and Its Related Substances on the Nematode Caenorhabditis elegans;
– Miyashita, A et al. in a 2016 study Body-enlarging effect of royal jelly in a non-holometabolous insect species, Gryllus bimaculatus.

Conservation of increased growth stimulation and cellular proliferation phenotypes in response to MRJP1 has been observed in murine hepatocytes and was studied by
– Kamakura, M. & Sakaki in a 2006 study A hypopharyngeal gland protein of the worker honeybee Apis mellifera L. enhances proliferation of primary-cultured rat hepatocytes and suppresses apoptosis in the absence of serum.;
– Majtan, J. et al. in a 2010 study Effect of honey and its major royal jelly protein 1 on cytokine and MMP-9 mRNA transcripts in human keratinocytes.;
– Watanabe, K. et al. in a 1998 study Stimulation of cell growth in the U-937 human myeloid cell line by honey royal jelly protein.

While this indicates a functionally important role for this royal jelly protein in regulating cell state and fate, the full scope of its effects has not yet been well characterized.

Why is Royalactin and Regina important?

The discovery reveals new pathways to pluripotency and suggests novel ways to keep stem cells in a state of suspended animation until needed for future therapies. And this may lead to a new way of treating human body.
Wang and his team will carry out research investigating whether Regina can have positive effects on wound healing and cell regeneration in adult animals.

It could one day lead to the development of synthetic versions that deliver stocks of stem cells in the human body. And those kinds of drugs could be used for all kinds of things, from generating healthy tissue for damaged hearts, degenerating eyes, injured spinal cords and severe burns. 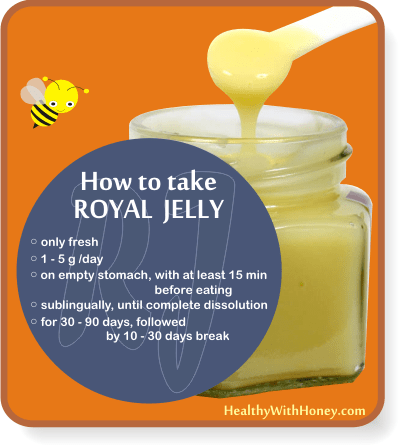 Other articles on royal jelly:

What is the best bodybuilding supplement?

Royalactin from royal jelly keeps stem cells in embryonic, pluripotent state. was last modified: June 6th, 2019 by Laura
Laura 02/18/2019
What is almond honey? And where is it? Is honey good for ulcer? Does manuka honey kill Helicobacter pylori?