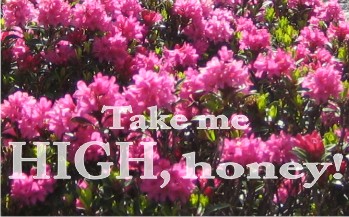 No, I’m not kidding. There is a type of honey called ‘mad honey”, and yes, it can get you high!

I mean, where do all the drugs originate from? Herbs! What is honey made of? Pollen of the herbs! So, if the bees arrive in an area of some psychedelic plants, the honey will have the plants’ “qualities”.

The story of “mad honey” starts in Turkey. It is a dark, reddish honey, known as deli bal in Turkey.  It contains an ingredient from rhododendron nectar called grayanotoxin, which is a natural neurotoxin. In small quantities, it brings on light-headedness and sometimes, hallucinations.

In the 1700s, the Black Sea region traded this potent produce with Europe, where the honey was infused with drinks to give boozers a greater high than alcohol could deliver. Wow!

When over-imbibed, however, the honey can cause low blood pressure and irregularities in the heartbeat that bring on nausea, numbness, blurred vision, fainting, potent hallucinations, seizures, and even death, in rare cases.

Nowadays, cases of mad honey poisoning crop up every few years—oftentimes in travelers who have visited Turkey.

There are rhododendrons everywhere, why is mad honey  only in Turkey?

They are not only in Turkey. But the most famous ones are the Mad Honey from Nepal and the Mad honey from Turkey (Deli bal), which is most common in the region fringing the Black Sea — the biggest honey-producing region in Turkey. It is produced from rhododendrons, and these plants grow in vast areas, all over the world!

Though, there are more than 700 different species of rhododendron in the world, only two or three include grayanotoxin in their nectars. (says Dr. Süleyman Turedi, who studies deli bal’s effects, doctor at the Karadeniz Technical University School of Medicine in Trabzon, Turkey.): Rhododrendron ponticum and Rhododendron luteum.

The mountains around the Black Sea provide the perfect habitat for these flowers to grow in monocrop-like swaths. Bees arrive in these fields, where there are no other flowers, so no other nectar gets mixed in. It results a pure, potent honey.

Why are the Turks producing it?

Because they are using it as medicine. 🙂
It treats hypertension, diabetes mellitus and some different stomach diseases. And, some people use deli bal to improve their sexual performance.

Read more about all health benefits of mad honey from Turkey.

The honey is taken in small amounts, sometimes boiled in milk, and consumed just before breakfast. This means it is considered medicine and taken likewise, not on toast or with tea. 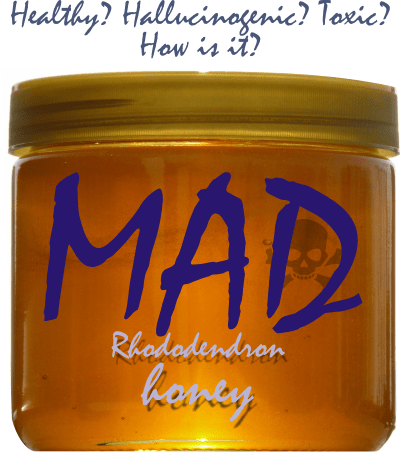 read more on the characteristics of mad honey from Turkey

It is legal in Turkey. And we can also find it over the internet. Yet, though it is like $166 per pound, we cannot be sure it’s the real thing. The beekeepers who produce it, only sell it in a closed circle, only to the ones that know how to use it properly. Never to foreigners.

After how much mad honey are we poisoned?

If anybody eats more than 1 spoonful of honey including grayanotoxin, is at risk of mad honey poisoning! And if we refer to fresh honey, than we should eat even less than 1 teaspoon.

“Many plants of the Ericaceae family, Rhododendron, Pieris, Agarista and Kalmia, contain diterpene grayanotoxins. Consuming the honey made from these plats may result in intoxication specifically characterized by dizziness, hypotension and atrial-ventricular block.
Symptoms are caused by an inability to inactivate neural sodium ion channels resulting in continuous increased vagal tone.

Grayanotoxin containing products are currently sold online, which may pose an increasing risk. In humans, intoxication is rarely lethal, in contrast to cattle and pet poisoning cases.
Scientific evidence for the medicinal properties of grayanotoxin containing preparations, such as honey or herbal preparation in use in folk medicine, is scarce, and such use may even be harmful.” (according to www.ncbi.nlm.nih.gov)

• A new dispute on manuka honey market: Is it toxic or not?

• How is manuka honey tested? Can we trust those tests? 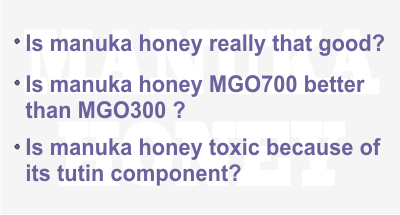 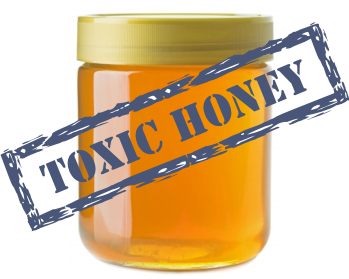 Our raw honey can poison us! 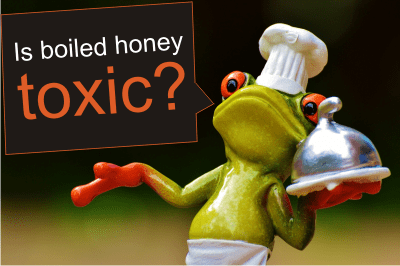