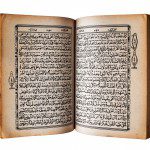 Muslims respect bees for their intelligence, industry and creativity. In the Koran there is an entire chapter, entitled “The Bee”, which states (16:67 – 16:69): “And of the fruits of the palms and the grapes – you obtain from them intoxication and goodly provision; most surely there is a sign in this for a people who ponder. And your Lord revealed to the bee saying: Make hives in the mountains and in the trees and in what they build. Then eat… Read More 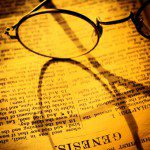 It is said that the word honey is mentioned 61 times in the Bible. It was impossible for me to count, but there are plenty of people who did that.  After researching the subject, here are the important occasions where honey appears. It represents: Abundance: We have all heard of the land where honey and milk flow. It’s a  proverbial metaphor, expressing abundance, Hebrews were using when referring to Palestine. This reference is repeated twenty-one times in the Bible. The LORD said, I… Read More 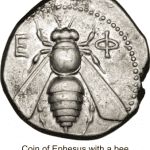 Greece has always been a land with beautiful and various flora. Honey bees have always been at home here. Today their excellent honey is sold all over the world, Ikaria honey puzzles everyone visiting the island. The pine honey from Thassos is also very well know everywhere. Their honey was famous all the time. In Ancient Greece, The Greek Great Mother was known as the Queen Bee, and her priestesses were called Mellisae, the Bees. The honey bee was a sacred symbol… Read More 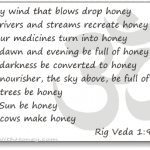 Ancient India There are lots of mentions about honey and bees in the sacred Indians writings, The Vedas, around 2-3000 BC. The early Hindus considered honey as the food of gods. In Hindu marriage ceremonies, honey was used to send away the evel spirits and ensure a happy couple life. Deccan Hindus used honey and curds to make a traditional food the groom has to eat when he visits the home of his future wife for the first time. Some stories… Read More 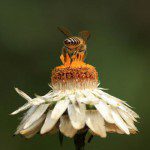 Prehistoric times Talking about bees and honey in history must always include Ancient Egypt and Ancient China. But starting from the very beginning of times, we must say that bees are actually one of the oldest forms of animal life, since Neolithic Age, preceding humans on Earth by 10 to 20 million years. When they appeared, humans did whatever the other animals were doing at the time, meaning, stole the bees’ honey to feed themselves. Homo Sapiens and honey were together since the Stone… Read More