There are some unbelievable things about honey bees that are quite ….unbelievable. For example they like spirit drinks and coffee, their queen was long thought to be a king, they do sleep, they don’t poop inside the hive and, surprise, they don’t literary ‘create’ honey. And are the aliens telling us something about the bees? Will take them one at a time.

Acting like one big organism, the worker bees are 40,000 up to 60,000 in a colony. They have a multitude of jobs, all the jobs necessary for a good function of a society: they clean and polish the cells, feed the brood, care for the queen, remove debris, handle incoming nectar, build beeswax combs, guard the entrance and air-condition, ventilate the hive during their initial few weeks as adults, forage for nectar, pollen, water and propolis until they die.

They strike their wings up to 11,400 times per minute and make that buzzing sound we all know. And with their products, they offer us food and health.

They are small but their body adjusted in time to perfectly suit their needs. They can communicate, not by talking but by dancing. All their senses are helping them to live a short but intense life and offer us some incredible products: honey, pollen, propolis, royal jelly, wax, venom, and we even eat their bodies, while at a brood stage, and make this amazing product called apilarnil.

How much honey does a bee make?

The truth is that honey bees DO NOT CREATE HONEY. They only IMPROVE THE NECTAR of the flowers! The honey we eat is nectar that bees have mixed with enzymes from their mouth, repeatedly regurgitated and then dehydrated.

Considering how small she is, and how short her life is, a working bee can make only 1/12th of a teaspoon in her entire life. But her honey is so healthy and it will never spoil. It’s for eternity!
For this tiny amount of honey she works a lot.

– To make one pound of honey, workers in a hive fly 55,000 miles and tap two million flowers.
– In a single collecting trip, a worker will visit between 50 and 100 flowers. She will return to the hive carrying over half her weight in pollen and nectar.

Where do bees live?

Domesticated honey bees live in hives today. Beekeepers offer them the hives to build their comb, and often beekeepers even offer them some already made combs to easy their jobs. One comb is composed of hexagonal cells with walls that are 2/1000 inch thick, which is not much, considering that they support 25 times their weight!

Other bees live wild, we can still find a lot of swarms in the woods. Wild bees will usually build a nest in the hollow of a tree trunk, high on their branches like in tualang cases, or under the eaves of someone’s house.

Other types of bees are solitary, aka native. Solitary bees live on their own, not in colonies with a queen and workers like honey bees and bumble bees. It could be said that each solitary bee is her own queen. She builds her own nest, collects her own pollen and nectar, and lays her own eggs without any help from other bees. Some solitary bees may nest in large groups, but they do not actively help each other.

How big is a honey bee?

It should be: How small is a honey bee? Really small. 10,000 bees can reach to 1 kg.
But the smallest bee in the world is the dwarf bee (Trigona minima), her length is about 2.1 mm. The largest bee is Megachile pluto, which can grow to a length of 39 mm.

Unexpected question, right? It seems that besides the already accepted fact that bees are social creatures, scientists have found that complete colonies were willingly to drink. Bees prefer spirit drinks. When they have a choice between the strongest possible sugar liquid and 80 % alcohol, bees go to the bar. 🙂 At least according to beepedia.com.

The coffee bushes contain caffeine. And we know that insects don’t like coffee. We can even spread some grounded coffee around the windows to prevent ants from coming in. But bees do like it!

According to dailymail.com “Coffee plants give bees a real buzz: Caffeine boost improves insect’s memories and encourages them to pollinate them.”
A coffee plant offers as much caffeine as a cup of instant coffee, according to researchers at Newcastle University.

Co-author, Professor Phil Stevenson, from the Royal Botanic Gardens at Kew, and the University of Greenwich’s Natural Resources Institute, added: ‘Caffeine is a defense chemical in plants and tastes bitter to many insects including bees so we were surprised to find it in the nectar. ‘However, it occurs at a dose that’s too low for the bees to taste, but high enough to affect bee behavior.’

There are so many places on our internet web, where we can find this info “honey bees don’t sleep”. First I thought that this is so amazing. They function like a battery: come with a certain amount of energy, and after this runs out, they die. How else can you explain the fact that a working bee dies, just like that, after maximum 45 days of working? Even before autumn really comes, we can see dead, down on the ground.
And in the winter months, when they don’t work to exhaust their bodies, they can live up to 6 months. The less amount of work would explain a saving of their energy, leading to a prolonged life.

But photographs have caught them many times in sleeping positions. They stay unmoved in a place for many hours and they do look like sleeping. Maybe it’s not the common sleep we all know, but there is a sort of complete immobility, which lasts a considerable amount of time, and resembles sleeping.
Now, why would we think they don’t sleep?

Who was first, the bee or the man?

The bee, of course. We don’t have to be Darwinist to believe this! Bees were here long before us, assuring the development of all plants and trees. Honey bees are one of the oldest forms of animal life, since Neolithic Age, preceding humans on Earth by 10 to 20 million years. Honey and bees were highly priced in Ancient China, India, Greece, and everywhere.

The queen was a king?

The ‘queen’ was known as the ‘king’ until the 1660s, when a Dutch scientist discovered that they had ovaries. It was probably easier to think at the time, that all societies are ruled by males!

European settlers introduced European honey bees to New England in about 1638. North American natives called these honey bees the “white man’s flies.” Honey was used to prepare food and beverages, to make cement, to preserve fruits, to concoct furniture paste-polish and varnish and for medicinal purposes.

How long does a bee live?

– The working bee: The life span of a working bee depends of the pollen consumption and protein abundance, as well as its level of activity, especially the total distance it flights. They can die after 5 days or after 6 weeks. The winter working bees, which hibernate with the queen in the hive, can live up to 6 months.

– The queen lives 2 to 5 years. The queen is killed by the working bees when it is old and its fertility is lowered. There have been reports of 8 years old bees!

– The male bees’ lives depend of how fast they do their job, which is to mate the queen. If the male (drone) successfully mates it, he will die soon after that, because its endophallus remains attached to the fertilized queen been ripped from its body. If he is unsuccessful in the mating, the drone will be ejected anyway from the hive at the end of the summer and will eventually die of cold or starvation. Drones life expectancy is about 50 days.

Is it true that if bees die, human race dies?

The question is: if bees die, and pollination cannot be done, will the human race disappear? If this would had happened 100 years ago, probably. At that time, Einstein was right. But not today. With our continually developing technology, we will be able to maintain pollination in case of bee extinction. There are already robobees in tests, and I do believe the scientists will find a way to assure the pollination. Not to mention that in the future, their GMO plants probably won’t even need pollination. We can think of the worst. But honey will definitely disappear. Because honey is such an incredible product, that our scientists have not yet discovered all its compounds. When they will do that, they may have a chance in reproducing it synthetically.

Where does the phrase ‘busy bee’ come from?

During the Industrial Revolution, the worker bee was adopted as a motif for Manchester, at a time when Manchester was taking a leading role in new forms of mass production. Seven bees are included in the crest of the city’s arms which were granted to the Borough of Manchester in 1842. The bee denotes Mancunians’ hard work during this era and Manchester being a hive of activity in the 19th century. Probably this is where we have the phrase “busy bee”!

Cropcircleresearch.com published a bee shaped crop circle, which appeared in Wiltshire England in 2004, on the feast day of John’s birth – the 24th of June. What are the aliens telling us? Everyone is free to explain this just the way they feel. 🙂 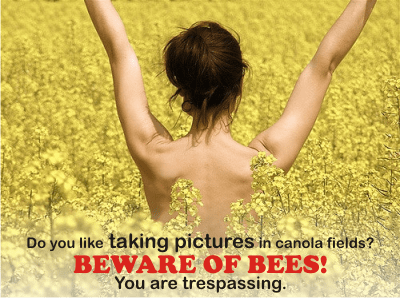 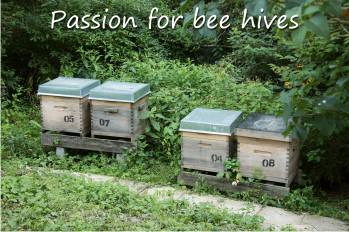 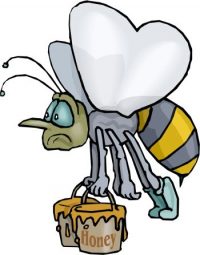