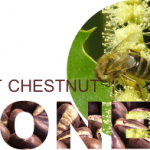 The chestnut tree: The chestnut tree is a Castanea genus, native to temperate regions of the Northern Hemisphere. The name also refers to the edible, tasty nuts they produce. Chestnuts belong to the same family as the oak and beech. There are 4 main species: European, Asiatic (Chinese and Japanese) and American chestnuts. • European species: Sweet Chestnut (Castanea sativa) known as “Spanish chestnut” in the US, is the only European species of chestnut. It was successfully introduced to the Himalayas and other temperate… Read More