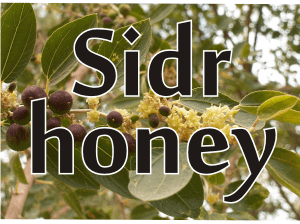 Even more expensive than manuka honey, Sidr honey also known as Ziziphus honey has gained a lot of popularity these days. The Arabian world trust it for a reason!

It was mentioned in the Qur’an, and the prophet recommends it for any kind of illness of the body.

The honey is a monofloral honey. The bees collect the nectar of an ancient tree, the Sidr tree. • Also known as Lote tree, Christ’s Thorn, Jujube, Nabkh, Elb, Ber, Bairi tree. Quite a lot of names!
Sidr is the formal Arabic name and comes from the name of the Sidr tree that is mentioned in the Holy Quran.
Elb – is the local name of the tree and is most commonly used in Arab world.
Ber or Bairi Honey it is called in Urdu.
Sidr tree is also called Jujube tree. But surely is not the same. The Jujube tree is Ziziphus jujuba and the Sidr tree is Ziziphus spina-christi. They are indeed related, both subspecies of Ziziphus.

• It’s an evergreen tree that grows in coastal, desert, and semi-desert areas. It is native to Northern and tropical Africa and Southern and Western Asia.
It grows in valleys up to an elevation of 500 m. We can meet it in India, Pakistan, Ethiopia, Egypt, Libya, Sudan, and the southern part of the Arabian Peninsula.
It grows extensively in the eastern part of Yemen. Which is why sidr honey is known by many, only as Yemen honey. • The Sidr tree is a sturdy and deep-rooted tree which has withstood the devastating floods of Eram at Ma’arib Yemen along two other trees: Tamarisk and Mustard Tree. Sidr belongs to the “Ziziphus” family of plants. The average tree size normally between 7-8 meters hight.

• The branches are soft with gray-yellow color and the flowers are yellow.

• The fruits of sidr trees are round and yellowish but turn to a more reddish color when mature. They have a very high-energy value, though there are other fruits more valuable: dates, figs, raisins, and few other dried fruits.
The sidr fruit was the first thing Prophet Adam (pbuh) ate when he was made to descend to earth. The tree was used during the time of King Suleiman (pbuh) and the Pharaohs used it to build palaces and temples.

According to some traditions, Jesus’s Crown of Thorns was made from the branches of this tree. The whole tree has medicinal values:

– The leaves are used as a herbal shampoo, to treat dandruff, head lice, swollen eyes, abscesses, furuncles and counter obesity. Mixed with warm water the leaves are used to clean the body since they are a disinfectant and the oil from the resin is deodorant.

– The wood ash is used for the treatment of snakebites. – The fruits have a very high energy value.

– The seeds are rich in protein;

– The leaves are rich in calcium, iron and magnesium.

Other known medicinal uses include as a stomachic, an appetizer, an astringent and also as a cough medicine.

Among the most famous areas in Yemen for producing Sidr honey are Doan in Hadramout, Gardan, Bayhan in Shabwa. In all these areas honey bees feed themselves exclusively on the nectar of the Sidr trees.

Perhaps the best known place, which produces the most famous honey is the Do’an Valley, in the valley of the Hadramaout desert, east of Yemen. Every year, thousands of semi nomadic beekeepers come here, to offer their bees plenty of food to make the best honey in the country.  Here is the picture is the valley, courtesy of http://www.yemensidrhoney.com/ and http://y-honey.com/Wadi-doan.aspx. It’s a thick honey with a rich, lavish and buttery sweet taste. It has a golden light color, which darkens and tends to redness over time. While fresh and newly produced, it reminds you of the same aromatic smell of Sidr tree in the month of October, the season when Sidr tree is flowering.
There are different types of sidr honey, differing from one region to another, with differences in taste, color, aroma and density. But all of them share the exquisite taste, splendid aroma, and all of them are very expensive.

According to the Laboratory of CETAM, France, after it analyzed samples of Yemeni Sidr Honey Royal Quality from 2017 in order to certify its monofloral authenticity, here are some of its characteristics:

It contains a higher content of antioxidants, compared to other honeys, and a high proportion of metals. According to tests carried out by the laboratory technician Zabihullah Ahmed Reda at Miracle Healing in Kuwait – quality control department, Sidr honey doesn’t change when exposed to heat, whether low, medium or high and even at the temperature of 80° C.

The HMF (an indicator of the adulteration of honey with invert syrups – syrups of glucose and fructose), did not rise in Sidr honey except for two degrees or three degrees, while in the other types of honey it rose  and reached up to 30 and even 50 degrees (in ppm) at temperature of 70-80° C within half an hour.

A 10 years old sample of Sidr honey, stored in sealed glass, was examined in the same laboratory from Kuwait, and it showed no changes in the chemical composition, quality specifications and HMF percentage.

Allah swt said about bees: “From their bellies comes a drink of varying colours, containing healing for mankind. There is certainly a sign in that for people who reflect.” (Surat an-Nahl: 69)

There are several online shops selling really expensive sidr honey. It reaches $200 for one kilo. There are also people selling it on ebay, but one cannot tell if it’s the real thing.

Or, from Do’an Valley, in the valley of the Hadramaout desert, east of Yemen, the most famous sidr honey: Raw Yemeni Honey (Sidr, 285g) or from a different producer, Yemen Sidr Honey LLC: Pure Yemen Sidr Honey

Why is it that expensive?

Firstly, because it’s a monofloral honey, and this means the bees can collect the nectar only for one month, in October, the flowering time. The production season continues only for 40 to 60 days in a year, and that is a very short period. The efforts  to prepare the apiaries take very high costs.
Secondly, it is considered medicinal honey, just like manuka, and therefore highly priced. 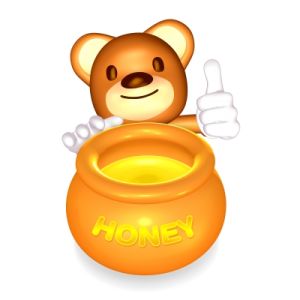 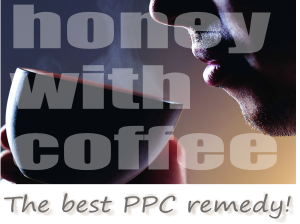 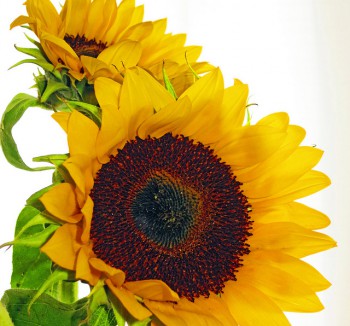