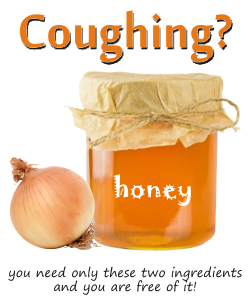 Disappointed with your current syrup for coughing? Yeah… I was. Until I discovered the onion honey cough remedy. A syrup, tasty and efficient. I had no idea the smelly onion can make so many natural remedies.

A very nasty virus is walking freely among us. No smart doctor can destroy it. It’s a new one, fresh and strong. From where do they come, each and every fall, nobody knows. You think you had a vaccine and will escape from its power? Think again.

It happened again. The kid took it from kindergarten. He was already taking propolis tincture, so he had his shields up. Yet, he had a form of virosis that included runny nose and cough. The throat was ok, probably due to propolis. But the cough was the horrible.

I tried a commercial syrup from pine buds, but I only gave him 4 teaspoons per day, as recommended on the bottle and there was not much effect. I would have liked to give him more, but the syrup also contained sodium benzoate, which is toxic in large quantities, so I didn’t.
I tried the home-made black magic syrup, made from black radish, but this one works more on throat, so the cough remained there.
I tried the medical approach: aerosols with 1 ml of dexamethasone and 2 ml saline water. The result? None.

After 2 weeks I got the virus myself. 🙂 I had my tonsils removed in my youth so the virus went directly to my larynx and gave me a beautiful hoarseness, followed by mutism and cough. The honey and black radish syrup did a good job with my throat.

For my son’s cough I decided to try honey and onion. The result? No more coughing after 2 days. It worked for me, too.

There can be no simpler way of making a remedy ever.
Take one onion.

Cut it julienne.
Place it in a bowl.
Cover it with honey.
Let it stay for couple of hours, or over night.
Voila! Your onion syrup is ready.

Take one tablespoon every 2 hours. For 2 days or till the cough decreases in frequency. After that take it more rarely till you get to 3 times per day. Take this syrup for one week or 10 days, even if you have stopped coughing.

Children can take it too, there is nothing wrong with taking onion, the worst than can happen is a mild laxative effect from the onion.

Honey can be of any type. As long as it is raw honey. It only has to be liquid, because if it is crystallized you cannot actually use it. If this is the case, then you’ll have to warm it to make it liquid again. Place the jar in hot water (on very low fire) and stir it from time to time. Get if off the water and wait till it colds. Only after that you can put it over the onion. Do not put warm honey on it!

If don’t have honey and cannot wait till get a jar, you can use sugar. Do the following:
– peel a large onion and cut it into halves. Place them in a ball.
– cover the face of each halves with 1 tablespoon of brown sugar (preferably)
– cover the onions with a plate for one hour.
– take the resulted syrup or eat the entire onion if you are an adult.
The effect is not the same as with honey, but at least you can benefit from the onion’s expectorant qualities.

An efficient method to breakup chest congestion is to blend an onion with coconut oil. Coat the chest with this paste, cover it with a dish towel and then a shirt.

! Cautions:
If you have bleeding disorders, keep in mind that onion might slow blood clotting. It might increase the risk of bleeding when taken as a medicine. I do not know if taken only as infusion has the same effect, but you may want to take this syrup more rarely than I said here, if at all. There are no studies to tell us its effects in this situations.

If you are an adult and cannot take onion and honey during the day, you may try coffee and honey. No, it’s not a joke. Read this post and you’ll understand: Honey and coffee for persistent post-infectious cough

Why is onion so good?

○ Plinio, a famous Roman naturalist from the first century, used to prescribe onion to be eaten in raw form and locally applied if the person was bit by a rabid dog.
○ Platetus recommended onion against leprosy.
○ Celsus, the author of 8 medicine books, recommended onion against intermittent fever.
○ Nero, the Roman Emperor from the first century, was eating onion before singing “to have the best voice”!
○ Leek was using onion against mosquitoes’ bits.
○ Lewis said onion is an excellent remedy against blisters.
○ Sydenham si Cullem were recommending onion to combat hydropsy.
○ Paxagorow considered onion to be the remedy for jaundice.
○ Some Indigene people use onion against rheumatism and paralysis.
○ The Zulu tribes from South Africa use onion and garlic to heal boils.

Onion is one incredible plant. There have been studies about its antimicrobial capacity and the results were very good, showing activity against 8 microbial species. The results were even better when used in combination with honey. In the post: Onion and honey: a natural remedy for bacterial infection! you can find details of the study.

Onion has a powerful anti-inflammatory effect even after cooking

In a study researching the anti-inflammatory effect of 115 samples of food after heating, onion was classified among the most active ones. Others with good results: oregano and red sweet potato, English breakfast tea leaves, oyster mushroom, onion, cinnamon and button mushroom preparations.

Make a remedy from the following:

For other recipes on treating colds and flue, please read: The best natural remedies for colds

Slice an onion into thin slices. Rub the bottom of the feet with coconut oil. Put some slices into the arch of each foot and wrap with cling wrap. Cover the onion/feet with socks over night to allow the onion to draw out toxins and the illness from the body. The fever will also break down.

This is something I haven’t tried, but there were people who gave it a try and said it worked. This theory makes sense if you think that on our feet there are approximately 7,000 nerve endings that link to different organs within your body.

It also helps to drink onion juice diluted with water.

Onion helps feeding the good bacteria from your guts

Prebiotics are known to be food of probiotics, the good bacteria. Among these prebiotics are fructooligosaccharides (FOS), which are found naturally in foods like wheat, onions, bananas, honey, garlic, or leeks. “Fermentation of FOS in the colon results in a large number of physiologic effects including increasing the numbers of bifidobacteria in the colon, increasing calcium absorption, increasing fecal weight, shortening of gastrointestinal transit time, and possibly lowering blood lipid levels. The increase in bifidobacteria has been assumed to benefit human health by producing compounds to inhibit potential pathogens, by reducing blood ammonia levels, and by producing vitamins and digestive enzymes.”  (study)

Though these prebiotics are beneficial to us, it may be a source of gas for some people. Gas production can manifest as abdominal bloat and discomfort, increased flatulence and bad breath. Be cautious if you have IBS.

Other studies have shown onion’s good results in treating leukemia.

Ear pain/infection– Chop onion and put them into a thin sock and tie the sock closed. Place the flattened onion sock over the troubled ear and cover the head/ear/sock with a hat to hold the sock in place. Remove when pain is gone.

Folk stories tell us that it is enough to put a crushed onion under the nose and inhale its smell and the hemorrhages will stop.

Helps in reducing the scars

Most research suggests that applying onion extract, usually as a specific product containing heparin and allantoin (Contractubex), to the skin for 10 weeks to 6 months improves scar color and appearance, as well as pain and itching, in people with scars due to burns, tattoo removal, injuries, or surgical removement of tissue.

Crush/grind onion placed on the affected areas will give very good results. It will also stimulate hair growing. Early research suggests that applying onion juice to the scalp for 8 weeks might improve hair growth in people with hair loss due to a condition called alopecia areata.

It aids in kidney conditions

In either forms, raw, boiled or baked, onion is an excellent remedy for kidney, also helping in dissolving stones.

It helps in insomnia

Onion has a relaxing yet tonic effect on our nerves, helping us sleep easier and better. Remember to eat it in the evenings.

It is good for diabetics

Onion it is a very important food for diabetics due to its hypoglycemic activity.

• The ”American Journal of Gastroenterology” suggested that while people who do not normally experience heartburn could consume raw onions without a problem, onions can worsen these symptoms in those who have chronic heartburn or gastric reflux disease.

• Large amounts on onion can thin the blood. If you eat a lot of green onions or rapidly increase your consumption, its vitamin K content might interfere with certain blood-thinner drugs such as Coumadin.

• Persian Traditional Medicine considers onion to be a “hot food”, like garlic and pepper, and can cause dry eye. (study) 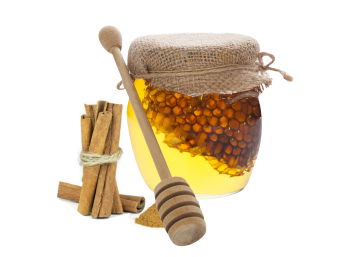 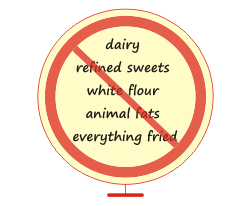 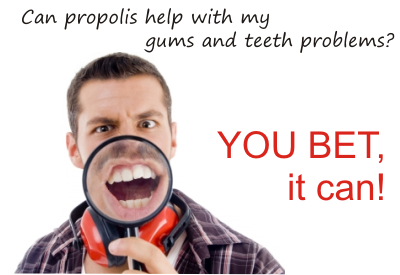 2 thoughts on “The onion honey cough remedy. And other natural remedies with onion.”