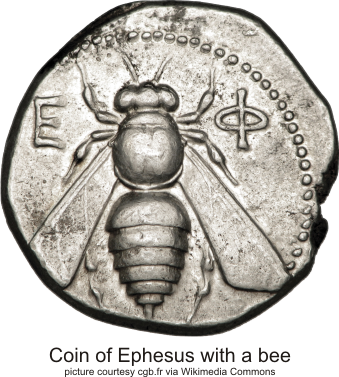 Greece has always been a land with beautiful and various flora. Honey bees have always been at home here. Today their excellent honey is sold all over the world, Ikaria honey puzzles everyone visiting the island. The pine honey from Thassos is also very well know everywhere. Their honey was famous all the time.

In Ancient Greece, The Greek Great Mother was known as the Queen Bee, and her priestesses were called Mellisae, the Bees. The honey bee was a sacred symbol of Artemis and an important design on Ephesian coins for almost 6 centuries.
As the owl was the emblem of Athena in Athens, so the bee was the emblem of Artemis at Ephesus.

The Temple of Apollo at Delphi is one the most famous shrines on Greece. Pindar says that Pithia, the high priestess who was answering the questions of those who wanted to consult the oracle, was also known as the “Delphic Bee”.

In Crete, myths of birds and bees mingle in the birth cave of Zeus.

Aristaeus and Dyonisus are both connected to bees and honey. Aristaeus is the son of Apollo and the nymph Cyrene was considered the giver of good gifts to men, and the protector of flocks and bees. Dyonisos as a baby was given in charge of one of Aristaeus’ daughters, who fed him on honey. Both of them, Dyonisos and Aristaeus are credited with being the originators of beekeeping.
The Greek writer Oppian of Apamea says in Cynegetica that Aristaeus was the first who closed the bees into a hive after he took them from an oak-tree. Ovid says that Dyonisus discovered the first natural beehive – a hollow tree.
The coins found from those times, show the head of Aristaeus on one side and a bee on the other.

Bees were called “Birds of the Muses” because of their connection to the Muses, who were first nymphs of inspiring springs and then goddesses of poetry, arts and science. One old myth says the muses in the form of bees guided the ship of Ionians from Athens to their home. We have read of poets or important people whose lips had been touched in infancy or youth by the “birds of the muses”. Sophocles, Plato, Vergil, Lucan are said to had their lips touched with honey as babies.  Achilles and Pythagoras had been fed on honey as infants, and the lips of Plato, Pindar, and Ambrose of Milan were anointed with it.

In Greece, bees were considered to be connected to the souls of the dead. Or even to embody them. Because they were living in caves in rocks, which were seen as entrances to the world of the dead spirits. Later Greek philosophers write about the “bee-souls”, connecting them to the belief of the transmigration of souls. According to Porphyry, due to its sweetness, honey is the pleasure that draws souls down to be born, and it is also a symbol for aquatic nymphs.

Bees also had the power to predict the rain, as we can find in the writing of Aristotle, Varro, Vergil and Pliny. Bees are entitled here “weather prophets”.

There is a Greek belief that bees could be reproduced from the decaying flesh of oxen. That is a superstition from the Middle Ages, but it persisted till recent times in some places.
Ovid is writing about it. It seems that Eurydice died because she stepped on a snake while fleeing Aristaeus. Her nymph sisters punished him by killing every one of his bees. Aristaeus asked Proteus for help and he told him to bury a slaughtered ox, and when the carcase decayed, a swarm of bees would fly from it. And the death of one would produce a thousand other lives, and the life from the ox would enter the bees.
This idea is found in other writings as well: Varro, Columella, Pliny, Vergil, Antigonos of Karystos, Herodotus, even the story of Samson who found bees and honey in the skeleton of a killed lion.

Mead was before wine.
It seems that before wine was discovered, mead was the only alcoholic drink people had.  Zeus uses the honey-drink to intoxicate Kronos, Polus in the garden of Zeus was drunk not with wine but nectar (says Plato).

Beekeeping was a Minoan craft, and the fermented honey-drink, mead, was an old Cretan intoxicant (not an alcohol drink!), older than wine. For two thousand years after Knossos fell the classical Greek tongue preserved “honey-intoxicated” as the phrase for “drunken.”

It is believed that honey passed as therapeutic means from the Egyptians to the Assyrians and Babylonians. It was called AMBROSIA, the food of the gods! Early thinkers like Homer, Pythagoras, Ovid, Democritus, Hippocrates mentioned that people should eat honey to preserve their health and vigor.
Dioscorides used honey for treating wounds in the first century AD.
Aristoteles described the production of honey for the first time, and Hippocrates, known as the father of modern medicine, speaks about the healing virtues of honey: “….cleans sores and ulcers, softens hard ulcers of the lips, heals carbuncles and running sores.”

Hippocrates used honey in various formulations:
– as oxidhoney (honey and vinegar) for pain,
– as mead (honey water) for thirst (or dehydration),
– or a mixture of honey, water and various substances for acute febrile diseases.

For the treatment of ulcers Hippocrates used two mixtures:
1. Boiled together: Powerful white vinegar, honey, alum, sodium carbonate and only a minimum amount of Choles.
2. Boiled together: Honey and copper oxide.
Unfortunately, the exact amount of the substances that must be used is not mentioned.

Honey was used for lots of medicinal syrups, pills and jams, or electuaries.

Honey’s excellent antiseptic and antimicrobial properties have been exploited in salves and dressings for burns, cuts and wounds. The ancient Egyptians combined honey with grease and fiber, ans so did the Greeks. They also knew that undiluted honey inhibits yeast infections, or Candida albicans, and will shorten the duration of bacterial diarrhea if eaten.

Greek recipes books were full of sweetmeats and cakes made from honey. Cheeses were mixed with honey to make cheesecakes, described by Euripides in the fifth century BC as being “steeped most thoroughly in the rich honey of the golden bee.” 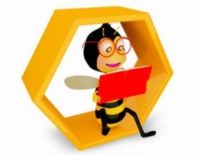 What is processed honey? 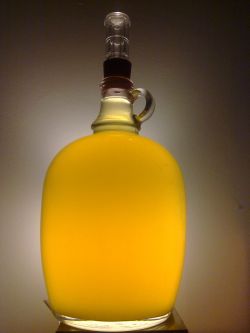 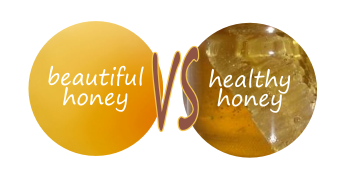 One thought on “Honey in history: Ancient Greece”