For some time people on Earth are confronted with a powerful virus. First, we all ask for a natural treatment for HIV, and then become so scared that go with chemicals.

Yet, on 8 March 2013, the usnews.com said the science world reported a recent discovery that had potential to change the world. For the better.
Logical question: what happened since?

Scientists managed to find another use for our dear honey bees: they used their venom to find a way of preventing the spread of HIV. Probably that’s why bees are disappearing (somebody knows their value and wants to prevent the poor people from taking benefits from them). Or, we are simply doing it, because of our never-ending greed. (see how we do this in the article Neonicotinoids)

In the article “BEE VENOM DESTROYS HIV AND SPARES SURROUNDING CELLS” published by Medical News Today, we read that scientists from Washington University School of Medicine, reported in the March 2013 issue of Antiviral Therapy, that nanoparticles containing bee venom toxin melittin can destroy HIV, and leave the surrounding cells unharmed. Their finding is a major step toward creating a vaginal gel that can prevent HIV spread. The research team was conducted by Joshua L. Hood, MD, PhD, research instructor in medicine.

How does venom work?

It’s not all the venom that works, only a powerful toxin contained in it: melittin.

A natural question arises from here: if it is a toxin, doesn’t it affect our healthy cells, along with the sick ones? it is known that free melittin in large-enough quantities can cause considerable damage.

Here is where the scientists have put their mark: it’s not about using free melittin, but nanoparticles loaded with melittin, which will not be able to harm normal, healthy cells.
“Not be able to” ? – yes, because physically this will not be possible. Compared to nanoparticles, HIV is much smaller, and a healthy cell much bigger. Starting from here, the scientists have found a way to destroy the virus.

Leaving the scientific language aside, here is what happens:

“We are attacking an inherent physical property of HIV. Theoretically, there isn’t any way for the virus to adapt to that.” –  Joshua L. Hood, MD, PhD, research instructor in medicine.

How is this different from the regular anti-HIV medication?

Most of the allopathic medication work on inhibiting the virus’ ability to replicate. Melittin attacks a vital part of the virus’ structure.
Regular medicine do not manage to stop the virus from starting an infection. Even more, the virus proved to be smarter! Some HIV strains have found ways to circumvent these replication-inhibiting drugs, and still reproduce.

How good is this melittin?

Samuel A. Wickline, MD, the J. Russell Hornsby Professor of Biomedical Sciences, has demonstrated that nanoparticles loaded with melittin have anti-cancer properties and have the capacity to kill tumor cells.

These nanoparticles coated with melittin and ‘armed’ with bumpers  will be able to poke holes in all viruses’ envelopes, as they are smaller than the healthy cells.

The research shows that “Melittin attacks double-layered membranes indiscriminately, making it a potential for drug therapies beyond HIV infections. The hepatitis B and C viruses, among several others, rely on the same type of protective envelope and could be targeted and destroyed by administering melittin-loaded nanoparticles.”

Would the patient need to be stung with a bee?

Definitely not. The scientists speak about creating a gel with melittin, the toxin extracted from the bee venom, which will be used as a preventive measure to stop the initial infection.

How are the nanoparticles introduced in our bodies?

The scientists have thought of 2 ways:

1. To make a vaginal gel to prevent the spread of HIV infection

2. To inject the nanpoparticles into the patient’s bloodstream and they should (in theory at least) be able to clear the blood of HIV.

Hood also said “We also are looking at this for couples where only one of the partners has HIV, and they want to have a baby. These particles by themselves are actually very safe for sperm, for the same reason they are safe for vaginal cells.”

It is true that the study was carried out in cells in a laboratory environment. But the scientists say the nanoparticles are easy to produce – enough of them could easily be supplied for future human studies.

Sooo, if things can be easily researched more, and if the study was first published on 8 March 2013, how come that now, on 11 August 2015, we are still saying HIV cannot be killed?

Is this the first time you read about a discovery that says a natural product can kill HIV?

Because I don’t think so. Here are some of other natural products, each having a link directing to ncbi.nlm.nih.gov/pubmed, which published them.

So the question is still “What happened since?” With so much technology around us, with so many devices we cannot even dream of, and mostly, with so much money invested in research, how come we don’t have a cure yet?
Unfortunately, I suspect we do. It’s here already, but not for the common people.
Seems like the commoners are the ones that are suffocating the planet. Why cure them and not still getting money of their backs?

So, if I know the powerful people cannot be defeated and that we cannot have access to real cures, what’s the point in our struggle? And most important, what shall we do?

My opinion is to stop trusting the big pharmaceutical companies. To stop trusting allophatic medicine (except, of course, for emergency medicine). And come back to our nature. It’s our only ally.
We have survived for so long on this planet without chemical drugs. And even these chemicals were invented starting from the natural products like herbs and fungi.
We need to return to our purpose on this planet and understand its value. 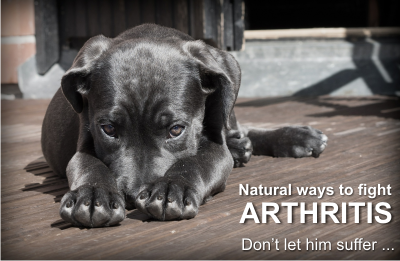 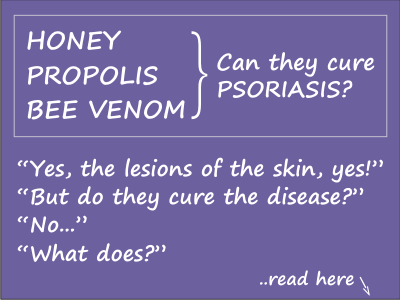 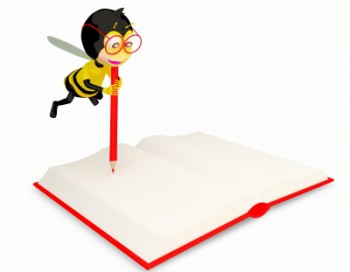 41 thoughts on “Bee venom – a potential natural treatment for HIV”