Again about the most expensive honey in the world. What is centauri honey? 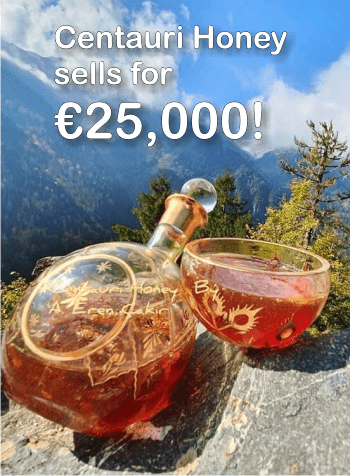 It’s like a contest. Who sells the most expensive honey in the world?
Of course we can ask the price of a kidney, who’s stopping us? It’s business here…. But centauri honey is sold for $29,500 per kilo! Why? Maybe it cures cancer…
We can skyrocket a price as we like, but we still have to justify it. And as history and present times prove, we are good at this, too….

• The most expensive common honey is manuka honey. It has proven antimicrobial properties and this makes it precious. Manuka honey is medicinal and its prices varies according to its therapeutic grade. A powerful honey graded UMF20 (containing 829 mg/kg MGO) costs $520 per kilo.

• Mad honey. Himalayan mad honey is sold for almost $700 per kilo. Insane, if you ask me, because its promised hallucinogenic effect comes packed with a dangerous potential “mad honey disease” – which is not something to play with. It is made from rhododendron flower and contains the toxin grayanotoxin, which has both medicinal and hallucinogenic effects. However the dose needs to be well-controlled to maintain safety.
Mad honey is also harvested in Turkey, known as Deli Bal, and is sold for $280.

• Frankincense honey from Oman. Sold for almost $470 per kilogram. Considering the scarce harvest, (17,000 x times less than manuka honey) the price seems justified. Not to mention its medicinal use, considering that it comes from the same tree with the frankincense oil, which is the king of essential oils, claimed to treat a very long list of diseases.

• Anzer honey from Turkey is sold for $234.80, but people reported buying it from locals with $428 per kilo. It is regular honey harvested in the Anzer Plateau, Turkey. The taste is said to be uniquely good. (even proved by a funny movie with bears choosing it from many other samples.)

• Then, there are other medicinal honeys, such as Lifemel honey  ($409 per kg)- produced in Israel by Zuf Globus Laboratories Ltd and used for preventing and treating side-effects of chemotherapy and radiation suffered by cancer patients, tremendously improving their quality of life. Or Surgihoney – produced by Matoke Holdings Limited, UK, from any floral source (not manuka). It’s an antimicrobial wound gel approved for clinical use in the UK, Europe and Canada, indicated for all stages of healing on a wide range of acute and chronic wound types, including leg ulcers, pressure injuries, burns and surgical wounds. It can be used for both prevention and therapy.

Then there are other rare types of honey, and their spicy prices can be justified by various reasons: poor honey harvest due to bad weather conditions, rare type of flower, high altitude, traditional beekeeping, organic/pesticede free etc.

• Malaysian tualang honey costs $353 per kilo. Made by the giant bee Apis Dorsata in the rainsforest of Malaysia. Also with huge medicinal properties. Find it on Amazon.

• Bashkir honey is a Russian honey, made by the Burzyan wild-hive bees, an endangered species, which is sold for $223 per kilo. Bashkir honey is harvested in an unpolluted high altitude zone, the area of Outstanding Universal Value of Bashkir Ural, which is recognized as a World Heritage by UNESCO.

Definitely an organic honey. Wild beekeepers build artificial hollows inside trees (called boards) and bees start building honeycombs.
It is said astronauts are given this honey!

• Kelulut honey (aka kelulut honey) is $209 per kg and it’s made by tiny stingless bees, deep in the jungle. 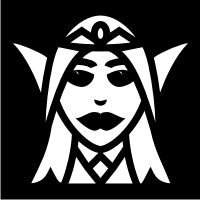 Why?
Because it is unique, produced once and impossible to reproduce. No, it’s not the one found in Tutankhamen’s tomb, but similar. It was found in 2009, in a Turkish cave and was evaluated as being 7 year old and having a very high content of minerals, probably due to surrounding cave. The CETAM Laboratory of France did the analysis, establish the price and bought one kilo.

This is a good explanation for the price, right?

How about the spicy price of Centaurihoney? 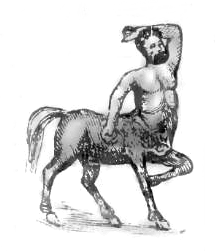 In Greek mythology a centaur is a mythical beast with the upper body of a human and the lower body and legs of a horse.

It comes from Turkey, like Elvish honey.
The name “centauri” was inspired by the constellation of Centaurus.

Proxima Centauri (the name of this expensive custom-made honey) is a small, low-mass star located 4.244 light-years away from the Sun, in the southern constellation of Centaurus. It’s a red dwarf star with a mass about an eighth of the Sun’s mass, too faint to be seen with the naked eye.
There are 2 planets that orbit around this star, Centauri B (almost the size of our Earth) and Centauri C (the size of Neptune). While scientists don’t agree on the possibility of either of them supporting life ( wiki source), the producer of Centauri honey was inspired by their raw, undiscovered potential. A pristine planet untouched by humans. Just like our honey should be all the time, and like his honey is. Raw, organic, pure and wild.

Centauri honey is produced by Ahmet Eren Çakır who sells 3 types of honey:
1. classic €3,500  – a classic raw multifloral honey
2. cave €10,000 – honey extracted from a deep cave at 2200 meter high altitude
3. proxima custom-made €25,000 – well, here is what the producer says: “Custom made honey, in which settle special herbs on selected multiflora produce for the name of one consumer according to consumers needs to be delivered only for one consumer every 8 months”.

Fumaric acid is used in small amounts in the preparation of food as acidity regulator (antioxidant) and flavouring agent. Allopathic medicine uses it in treatment of psoriasis, doses of several hundred mg are common. However high amounts given on a short period of time trigger side-effects such as leucopenia and lymphopenia and nephrological conditions.
The content of this cave honey shows several hundreds on fumaric acid per kilogram. But I do not imagine anyone eating a €10,000 jar of honey in a couple of days.
If you do it, in order to heal your psoriasis, beware of the side effects.

Proxima Centauri custom-made honey seems to be quite mysterious from the outside. It’s reddish, not very viscous, with acidity of 30.75 meq/kg and moisture of 18.4%. The price includes the harvest for 4 years (roughly 2 kg/year) shipped directly to the door.

The antioxidant analysis indicates 21.50mg TE/100g (Trolox equivalent), with total phenol level of 73.30 mg GAE/100g (Gallic acid equivalent) and flavonoid level of 13.62 mg QE/100g (Quercetin equivalent.)
[Quercetin is a powerful flavonoid, that taken with zinc destroys SARS-cov-2 as much as Hydroxychloroquine does. See What to do to prevent coronavirus infection?] 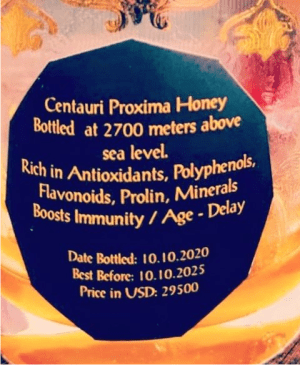 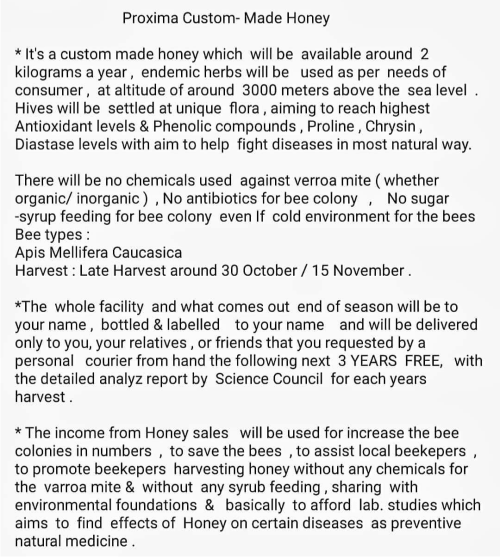 Here is my opinion on this honey:

1. The producer has only a FB page and no website. Yet. However he can be reached directly on his FB page, where we can also find a direct phone number, and on his instagram account: centaurihoney.

2. The only thing we know about the environment where this honey is produced is that it’s a mountain area (3000 m). There are no details to tell the exact location, or the flowers that grow in the area. I hope one day the producer will share this info publicly.

3. The price is way too high. If we consider his first category, classic raw honey, most certainly multifloral, €3,500 for a kilogram exceeds every other honey that also grows on this earth, at very high altitudes (as it is for example Himalayan mad honey). Raw honey is just raw honey.

4. Custom-made honey… It is possible, yes.
Zuf Globus Laboratories Ltd from Israel produces honeys for specific types of conditions. They sell LifeMel, RelaxMel, GastroMel, LadyMel, LadyMel Night, EnergyMel, BronchoMel, LaryngoMel. They place the hives in special places where the bees feed on certain medicinal plants, they feed the bees with enriched food, including iron, protein and vitamins. They have 30 years of experience, clinical trials with proved therapeutic properties, they are transparent and offer all the medicinal plants used in each type of honey. There is a whole team of beekeepers and scientists working there. And the price is only of $409 per kg. Not of almost $30,000.

Opposed to this company, Proxima centauri custom-made honey does not treat anything in particular. It boosts immunity, it helps preventing a lot of diseases and keeps us young. Like a raw organic multifloral honey does. His particular feature, that raises the price here, is that it is tailored for a person, not for everybody.
(I contacted the producer and hopefully I’ll come back with more details about how this is done.)

So, why the huge price? Leaving aside the custom-made honey, it’s classic raw honey is way too much.
But we are not here to judge, only to make a comparison to other honeys. If he addresses to common people or to Kardashian sisters, it’s purely up to him. He can sell it for whatever price he wants.

Does people buy it?
Like with everything else in life, he has probably found his own customers. He probably will in the future as well.

Here is what a customer says, in a comment, here on his site: “Centaurihoney from Turkey is the most expensive honey in the world 25,000 Euro around 27000 Usd kilogams . We waited 8 months for the delivery to France. Amazing effects & amazing honey. Owned by Ahmet Cakir.”

or: “Checkout Centaurihoney from Turkey, diamond value honey. I contacted owner Mr. Cakir to buy it, as far as I know many people on the line and traveling long distance to have it. He sounds very nice intellectual guy and the way he produce his honey is amazing. I would prefer any honey such as Centaurihoney that is rare and well done. There are tones of honey around and we are not even sure what we are consuming.”

The question is: are these comments for real? (Or are they merely disguised self advertising?)
The owner does not promise a cure. Only a preventative product. Like of regular honey. He doesn’t promise you a therapy. It’s your choice whether to buy it or not.

But would a person who bought a $27,000 kilo of honey, ever bother to write a comment on this site and brag on his/her acquisition? No, I don’t think so either….

How long does 1 kilogram of honey last?
If you eat only one tablespoon of honey each morning (yes, on empty stomach), which regularly weights 21 grams of honey, a kilo will last for 47 days. Which is a little more than a month and a half. For a sweet honey that won’t cure you of anything! Only for taste.
After this short period of time, what kind of honey would you eat? Go back to regular honey or buy another €3,500 jar? And then another one? Well… just asking.

It’s up to you. Anytime.

Again about the most expensive honey in the world. What is centauri honey? was last modified: December 20th, 2020 by Laura
Laura 09/06/2020
What is mad honey? Medicinal honey with recreational bonus! Supplements for Covid-19? Try honey, pollen, propolis and royal jelly!

Leave a Reply to Ercan