Einstein said: “If the bees disappear…” – Give me a break, Einstein! 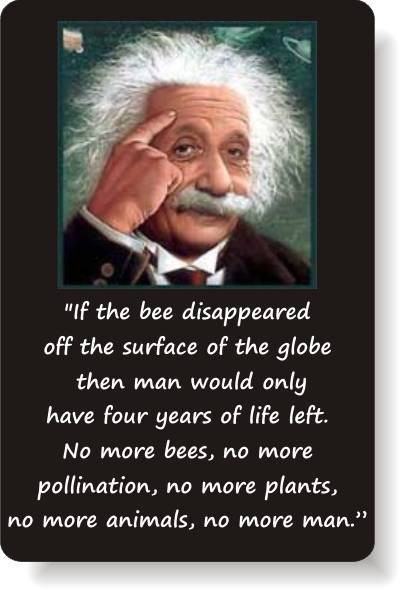 Einstein said: “If the bees disappear…” – Give me a break, Einstein! was last modified: August 30th, 2016 by Laura
Laura 07/31/2015
Neonicotinoids are poison to bees and our honey! What causes CCD? Do pesticides kill bees? Or radiations? Pathogens? Aliens?