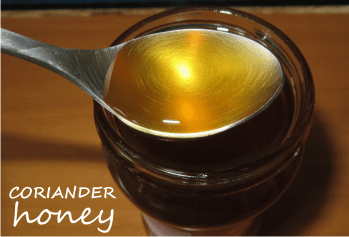 It’s embarrassing and painful, which is why all treatments of constipation should be taken seriously. Coriander makes a very rare type of honey: coriander honey, which competes for the best cure of constipation, flatulence, colic, gastritis and ulcers.

The plant is not largely cultivated, so this honey is quite rare. Yet, we can still find it locally, or online. Only remember to take raw honey and as fresh as possible.

Cilantro, as it is known by North Americans, or coriander, it is one of the oldest herbs and spices on record, mentioned in the Bible, and found in ruins dating back to 5000 B.C.

The name “coriandrum” was first used by Pliny, derived from the Greek koros, (a bug), in reference to the fetid smell of the leaves.

Also known as cilantro, Chinese parsley or dhania.
English: Coriander French: Coriandre Italian: Coriandolo German: Koriander; Spanish: Cilantro or Culantro; Finnish: Korianteri; Romania: Coriandru.
In some parts of the world, the plant has 2 names: the coriander leaves are referred to as “cilantro” and the seeds as “coriander”.

Found more in South-East Europe, but also wild over a wide area of Western Asia.

It is an annual soft plant growing up to 50 cm (20 in) tall. We all know it as a spice, using it in our cuisine, either for the leaves (especially in Mexican cuisine) or the seeds. The whole plant is edible.

The leaves are variable in shape, broadly lobed at the base of the plant, and slender and feathery higher on the flowering stems. They are also known as Chinese parsley, or cilantro in North America. (Not be confused with culantro, Eryngium foetidum L., an apiaceae like coriander but in a different genus. Culantro has a distinctly different spiny appearance, a more potent volatile leaf oil and a stronger aroma.)

Here is a funny thing about coriander leaves:
Different people may perceive the taste of coriander leaves differently. Those who like it say it has a refreshing, lemony or lime-like flavor, while those who dislike it say it seems like the smell of soap or bugs.Twin studies have shown that 80% of identical twins shared the same preference for the herb, but fraternal twins agreed only about half the time, strongly suggesting a genetic component to the preference. (source: wikipedia)

The seeds are quite round like tiny balls. They lose their disagreeable scent on drying and become fragrant- the longer they are kept, the more fragrant they become.

All parts of the plant are edible, but the fresh leaves and the dried seeds are the parts most traditionally used in cooking.

It’s a very rare type of honey. The nectar of coriander is highly dependent on weather conditions and usually the plant produces it every five to six years. And even then, the production is low. As a rule, a hive can give like 20 to 25 kilos of multifloral honey, and only 2 kilos of coriander honey. As a result, this type of honey is rare and expensive.

The first thing somebody can say about this honey is that it looks and tastes different. In order to discover why, a team of scientists conducted by Jerković I, conducted a study published in 2013, “Bioorganic diversity of rare Coriandrum sativum L. honey: unusual chromatographic profiles containing derivatives of linalool/oxygenated methoxybenzene.” They concluded that “Among the compounds identified, cis/trans-anhydrolinalool oxides and 3,4,5-trimethoxybenzyl alcohol can be useful as chemical markers of coriander honey.” · Digestion. This is where this type of honey actions the best. it treats almost everything connected to it. In hyper-acid gastritis and ulcers to constipation (like honeydew honey), bloating and indigestion. It is an ideal dressing gastric (due to slightly alkaline pH).

Where to find coriander honey

There are a few online shops that sell it, but not the big ones. I couldn’t find it on Amazon.com, but it is on Amazon.co.uk. You can also find some honey here, on b-honey.be, sold with 7,00 € for 500 g of raw coriander honey. It’s not that expensive in my opinion, if compared to other rare types of honey. Of course in all the countries of Southwest Europe, we can find this honey locally. Not in great quantities, but still there.

Coriander seed oil is the world’s second most relevant essential oil, exhibiting antimicrobial activity against Gram-positive and Gram-negative bacteria, some yeasts, dermatophytes and filamentous fungi. A 2015 review “Antimicrobial Activity of Coriander Oil and Its Effectiveness as Food Preservative.”, by Silva F et al., highlights the antimicrobial actiivty of coriander oil and the possible mechanisms of action in microbial cells and discusses the ability of coriander oil usage as a food preservative, pointing out possible paths towards the successful evolution for these strategies towards a successful development of a food preservation strategy using coriander oil.

A very thorough review by laribi B et al., “Coriander (Coriandrum sativum L.) and its bioactive constituents.” highlights the importance of coriander as a potential source of bioactive constituents and summarizes its biological activities as well as the different applications from data obtained in recent literature, with critical analysis on the gaps and potential for future investigations.

– Coriander cakes were once taken against ‘St. Anthony’s fire’, or ‘Rose’ a severe streptococcal skin infection called ‘erysipelas”, which caused many deaths before the advent of antibiotics.

– In Asia the herb is used against piles, headache and swellings; the fruit in colic, piles and conjunctivitis; the essential oil in colic, rheumatism and neuralgia; the seeds as a paste for mouth ulceration and a poultice for other ulcers.

– Coriander has been shown to improve tummy troubles of all kinds, from indigestion to flatulence to diarrhea. Weak coriander tea may be given to children under age 2 for colic.

Worldwide uses of coriander as a spice:

In East it is used as a condiment, and added in curry powder.

In the northern countries of Europe, the seeds are sometimes mixed with bread, but the chief consumption of Coriander seed in this country is in flavouring certain alcoholic liquors, for which purpose it is largely grown in Essex. Distillers of gin make use of it, and veterinary surgeons employ it as a drug for cattle and horses.

in Arab cookery, coriander seeds are very popular and are used with lamb, kid and meat stuffings. Taklia is the name of a popular Arab spice mixture,made of coriander and garlic crushed and fried.
Coriander with cumin is a common combination and features in falafel and in the Egyptian appetizer dukka, which consists of those spices plus sesame seeds, hazelnuts, salt and pepper, roasted and crushed.

Coriander also goes well with ham and pork, especially when orange is included. It enhances fish dishes, and with other spices, may form a delicious coating for spiced fish or chicken, rubbed into the scored flesh and grilled.
Coriander complements chili and is included in many chili recipes, such as harissa, the hot North African red pepper sauce.
It may be added to cream or cottage cheese.

Try frying a few seeds with sausages for an unusual, yet interesting flavor!

Coriander is an ingredient of the following compound preparations of the Pharmacopceia: confection, syrup and tincture of senna, and tincture and syrup of Rhubarb, and enters also into compounds with angelica gentian, jalap, quassia and lavender. As a corrigent to senna, it is considered superior to other aromatics. (botanical.com)

If used too freely the seeds become narcotic.

Coriander water was formerly much esteemed as a carminative for windy colic.

The seeds are also used in homeopathy as remedy: Coriandrum sativum (Coriand.) 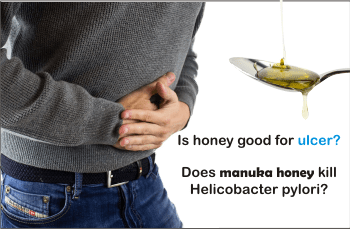 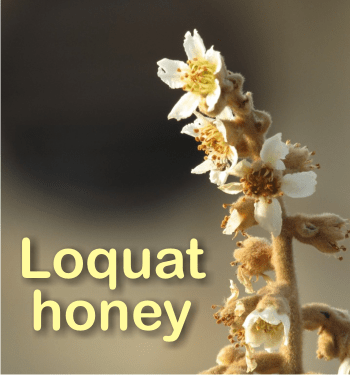 What is loquat honey good for? 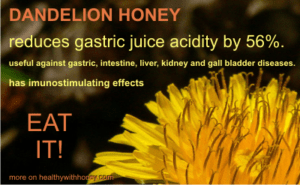