The most expensive honey in the world is sold for 5000 euro per kilogram. Scam or not? 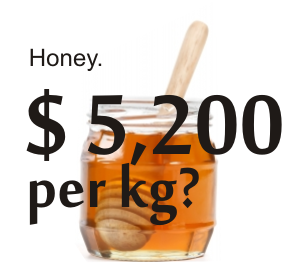 The most popular and healthiest honeys we know are manuka, sidr, gelam, tualang, neem honeys. Or bashkir honey. But while these are expensive, there is another honey in this world which was crowned as the most expensive. 45,000 EUROs for 1 kilogram. Yes, like $47,000 for 2.20462 pounds. Sold in 2009. The most expensive honey in the world is sold for 5000 euro per kilogram. Scam or not? was last modified: September 5th, 2020 by Laura
Laura 12/28/2016
Anzer honey protects liver and treats tonsil infection! Can royal jelly be an efficient natural treatment for lupus?

Leave a Reply to Pandu