The Effects of Honey on Febrile Neutropenia 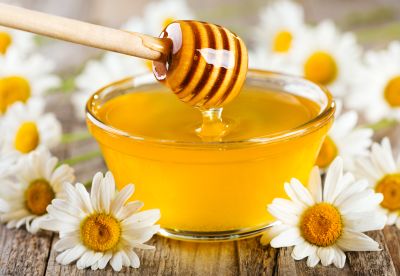 That was the name of the medical trial that started in March 2011 and ended up in September 2014. It took place at the Children Hospital of Ain Shams University in Cairo, Egypt and it was a crossover randomized study. Before this, there was no previous similar study.

There were 40 participants, all children between 2 and 10 years old, with acute lymphoblastic leukemia (ALL). They were treated according to the Modified CCG 1991 protocol for standard- risk ALL and on maintenance therapy. The aim of this study was to evaluate the effects of 12-week honey consumption on children with acute lymphoblastic leukemia (ALL) particularly with regards of febrile neutropenia episodes.

The participants were randomized into two equal groups (‘intervention to control’ and ‘control to intervention’). During the trial, one group was given honey in a dose of 2 ml (2.5 g) per kg body weight, per dose, twice every week. The honey used was Egyptian clover honey, which was dissolved in water and the children took it.

The results showed a significant decrease of febrile neutropenia episodes and duration of hospital admission. Furthermore, there was an improvement of levels of hemoglobin and the absolute neutrophil count and the platelet count decreased. This small clinical trial suggests that honey consumption might have positive effects on febrile neutropenia and hematologic parameters of children with ALL. (according to Apitherapy News).

This trial has been recently published by ClinicalTrials.gov, though with no results yet uploaded. Most probably, there are still issues with “The study may not be subject to U.S. Federal requirements to submit results.” I hope we will soon see them there.

Febrile neutropenia is one of the most common and serious side effect of chemotherapy. Treating it with other synthetic drugs is expensive and may lead to other side effects. On the other side, honey is natural, with no side-effects, with a pleasant taste and not expensive. This trial was made with clover honey, other patients use the already famous LifeMel honey. But it seems that only the fact of being honey is good enough. As long as it is raw and organic, these are important factors.

There is need for further research, albeit so many medical doctors of today are still looking at honey as only sweet food. Somehow, despite of not having money to invest in researching the effects of honey, there are still open-minded scientists that have started to make a difference.

you may also be interested in:
LifeMel honey- honey that cures the side effects of chemotherapy and radiation

The Effects of Honey on Febrile Neutropenia was last modified: June 21st, 2019 by Laura
Laura 10/26/2014
LifeMel Honey How to kill antibiotic resistant bacteria!