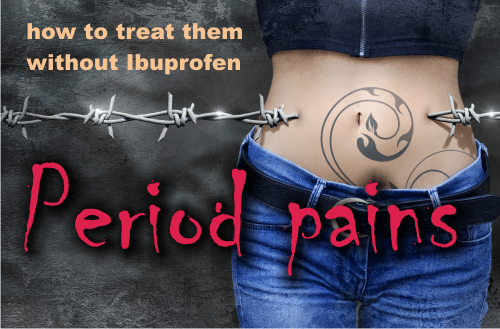 Periodic pains, aka menstrual pains, are a real pain. A girl knows what I am talking about. How to get rid of period pains is a frequent question often answered with “Ibuprofen”.

Which works. But is this the only solution?

My grandma used to say “a woman suffers a lot in her lifetime” and she was fully and completely at peace with this situation. A woman would suffer not because of her status in society, but because this is the way God made her. And if God made her like this, all we can do is accept it!

A woman gives birth to her children but her sufferance does not start with birth. It happens long before, since her first period.

· For as many as 80% of women, pain accompanies the days of menstruation, especially the first one.
· It can happen at any age, from early teens to the menopause time.
· In 5% to 10% of women the pain is severe enough to disrupt their life.
· If your mother suffered period pains, you are more likely to suffer too.
· In 40% of women, period pain is accompanied by premenstrual symptoms, such as bloating, tender breasts, swollen stomach, lack of concentration, mood swings, clumsiness and tiredness.

I guess my grandma is right: God made woman to suffer. 🙁

But moving beyond this, even in her days and surely long before her, women learnt to ease these pains and associated symptoms with herbs and tricks. And here I will talk about one important natural product, which was recently confirmed by scientific studies to help a lot in preventing and treating period pains.

Dysmenorrhea = pain during menstruation or menstrual cramps, usually in the pelvis or lower abdomen. It starts around the time menstruation begins and lasts up to three days.

Like any other pain, dysmenorrhea can be primary or secondary, depending on the existence of an underlying cause. If there is no associated underlying condition, it is called primary dysmenorrhea. The women have increased activity of the uterine muscle with increased contractility and increased frequency of contractions.

The secondary dysmenorrhea has a specific underlying cause, typically a condition that affects the uterus or other reproductive organs. Here, the cause is often endometriosis, which is visually confirmed by laparoscopy in approximately 70% of adolescents with dysmenorrhea. The rest of 30% is caused by leiomyoma, adenomyosis, ovarian cysts and pelvic congestion.

1. the common nonsteroidal anti-inflammatory drugs (NSAIDs) such as ibuprofen and naproxen. They are indeed effective in relieving the pain of primary dysmenorrhea. Unfortunatelly these drugs come accompanied by some side effects such as nausea, dyspepsia, peptic ulcer, and diarrhea. There are also people who are unable to take NSAIDs and they are prescribed a COX-2 inhibitor such as celecoxib.With other side effects.

3. Norplant and Depo-provera are also effective, since these methods often induce amenorrhea (absence of a menstrual period in a woman of reproductive age).

4. The intrauterine system (Mirena IUD) may also be useful in reducing pain symptoms.

5. Transdermal nitroglycerin was also considered effective in a review published in 2002.

There are some supplements which are recommended today to ease the pain: melatonin, vitamin E, fennel, dill, chamomile, cinnamon, damask rose, rhubarb, guava, uzara, fenugreek, ginger, valerian, zataria, zinc sulphate, fish oil or vitamin B12. But there is insufficient scientific evidence that they work or that they are safe.

The good news is that propolis was scientifically proven to be effective. And propolis is side-effects free, with other tons of healthy properties.

A study performed in 2018 and published online in July 2019, conducted by Ensiyeh Jenabi from Hamadan University of Medical Sciences, Iran, evaluated evaluated the effect of propolis on primary dysmenorrhea, on female students from Hamadan, western Iran.

Here is what the scientists said about the outcome:

Our study showed that the daily use of a 500-mg capsule of bee propolis compared with placebo decreased primary dysmenorrhea during the first and second months after use. Therefore, it can be an alternative to NSAIDs (nonsteroidal anti-inflammatory drugs) for relief of primary dysmenorrhea; no adverse effects were observed during its use.

Other studies made on bee products showed similar results:

Other effective remedy for period pains:

Anise: The essential oils have antispasmodic effects and the main contributor to this effect is anethole, which is found in anise. Anethole has a chemical composition similar to that of catecholamines such as adrenaline, noradrenalin, and dopamine. Anise seeds are used for analgesic, carminative, aromatic, disinfectant, and diuretic effects in traditional medicine.
Saffron: According to studies it has antineoplastic, antiarthritic, and powerful antioxidant activity. (have you heard of Saffron honey? It’s one tasty honey, good for sex life and so much more!)
Celery: Apigenin, apiin, flavonoids and limonene and selenin formed in celery seeds are sedative and antispasmodic. Effects which are clinically approved.

Due to its soothing and anti-inflammatory effects of its constituents, Menstrugole is effective in reducing menstrual pain through its effect on smooth muscle contraction. In Iran, the drug is used to induce menstruation and to decrease lumbar and cramping pain. One study showed that it can even diminish postpartum pain.

A study published in 2018, Effect of Menstrugole on primary dysmenorrhea: a randomized clinical trial, conducted by Fatemeh Shobeiri from Hamadan University of Medical Sciences, Hamadan, Iran, showed that 500 mg of dried extracts of celery, saffron and anise (taken as Menstrugole capsules) decreased pain severity in young females and can be considered by health care providers for the treatment of primary dysmenorrhea. 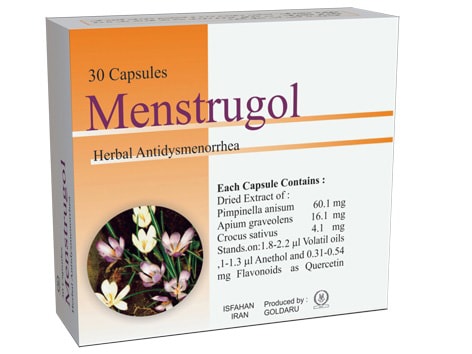 It is recommended to take 1 -2 capsules 3 times a day. But unfortunately it can be found only on Iranian market…
On the other hand, propolis can be found everywhere, it is safe and it has also other health properties. I am personally amazed of all the studies telling us how this propolis is good at almost everything.

Make sure you buy the good stuff! Here are some examples from Amazon (affiliate links):

Oh, and girls, you can even have a nice drink while on period. Propolis will protect your liver also! 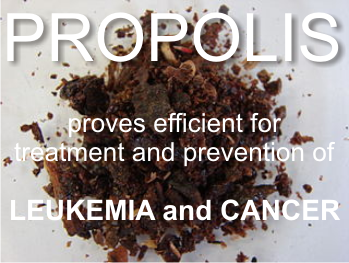 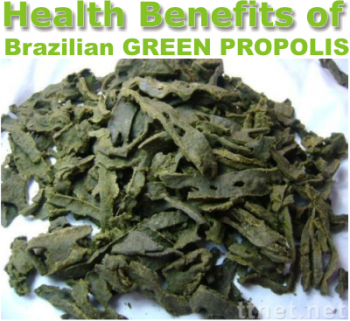 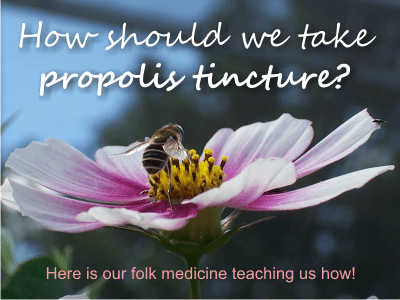