The onion honey cough remedy. And other natural remedies with onion. 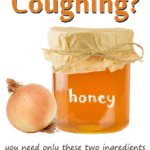 Disappointed with your current syrup for coughing? Yeah… I was. Until I discovered the onion honey cough remedy. A syrup, tasty and efficient. I had no idea the smelly onion can make so many natural remedies. A very nasty virus is walking freely among us. No smart doctor can destroy it. It’s a new one, fresh and strong. From where do they come, each and every fall, nobody knows. You think you had a vaccine and will escape from its power?… Read More 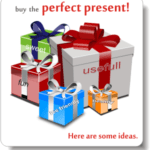 Presents. Gifts. Or whatever you like to call them are one important part of our lives. They are easy to buy for ourselves, difficult to buy for others and absolutely amazing to receive. Somehow when this time of the year comes, whether it is Black Friday or Christmas, we are ENTITLED to buy things. We are not guilty for buying stuff, we are not spenders or wasteful people any more. It’s legal to spend money! We have been working. And… Read More 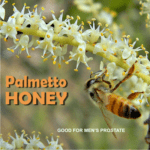 Palmetto honeys are honeys very well known in Florida, rare honeys usually kept by beekeepers for themselves or close friends. There are more than 15 kinds of palmetto trees but not all of them produce honey. I will cover here the most common palmetto honeys available, saw palmetto honey and sabal palmetto honey. Both are very old, used since the native Indians could harvest them, and are considered to be true jewels of honeys, “real gourmet gems” – as some people call it.… Read More