What is Jara Honey from Georgia? 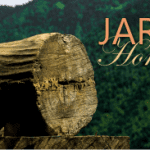 Jara honey, not jarrah honey, comes from Georgia. But neither the word “jara”, nor “Georgia”, are what you would expect. Jara does not refer to a type of flower from which honey is produced, nor to the type of bee that produces it (like in the case of kelulut honey, which refer to the tiny stingless bees usually met in the Philippines and Malaysia). Jara is the name of the hive, the name of bees’ home. Georgia does not refer to… Read More